Tashkent is the capital of Uzbekistan. The ancient city harmoniously merges the spirit of modern times with its rich historical heritage. Tashkent has developed over 2,200 years of history. During this two millennia period, the capital city had various names ascribed to it: (Chach, Shash, Shi, Binkat).

Tashkent went through many significant events. It was part of Temurid’s state, Kokand khanate and Tsarist and the Soviet Russia. Nowadays, Tashkent is a beautiful capital of the independent republic of Uzbekistan.

The excursion along and through Tashkent will be filled with pleasant surprises. The traveller or otherwise visiting guest will be pleasantly surprised by the beauty of historical and modern monuments. These include Abdulkashy-sheikh Madrassah, Chor-su bazaar, the Palace of the Romanovs, Opera and Ballet Theatre named after Alisher Navoi, Independence Square, monument of Courage, the museum of Temurids’ history, Tashkent metro, Museum of Applied Arts, Khazrat-Imam complex, Kukeldash madrassah, Tashkent TV Tower, Amir Temur square and the Old City are the must-visit sights of Tashkent in the first place. 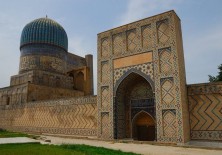 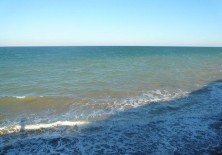 Abdulkasym-sheikh Madrassah is a monument of Tashkent, built in 1850. The founder of this education institution was Abdulkasym-khan, an educated, intelligent and a very respecte...

Opera and Ballet Theatre named after Alisher Navoi saw great musicians, conductors and dancers on its scene. The building is located in the centre of Tashkent and distinguishes...

Museum of the History of Timurids

Museum of the history of Temurids was opened in 2006 in Tashkent. The museum is considered as one of the main sightseeings of the capital city. The architecture was constructed... 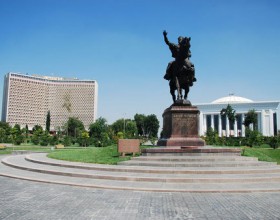 Amir Temur square is the famous place for walking, for local residents and for the guests of the city. The square was founded for the memory of Tamerlane – the great ruler. The... 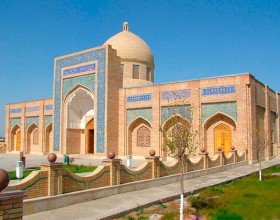 Khazrat Imama Square is located in the residential area of Sibzar, which is one of the oldest parts of Tashkent. According to scientists, many years ago this complex was the cen... 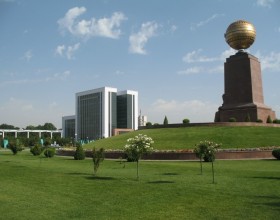 Mustakillik (Independence) Square is the main and ceremonial square of Uzbekistan which accommodates the administrative buildings. On the main entrance of the Square there is a... 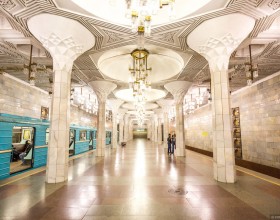 Tashkent is the only Central Asian city that has metro. The construction of Tashkent metro began in 1973. Currently its lengths is 47 kms. Every guest mentions about its cleanne... 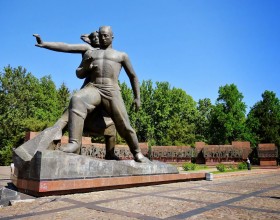 Monument of Courage was built for the memory of Tashkent earthquake that happened on the 26th of April 1966. The monument symbolizes the overcoming of all elemen... 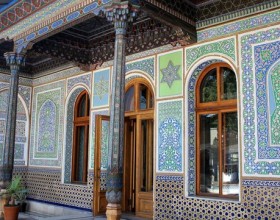 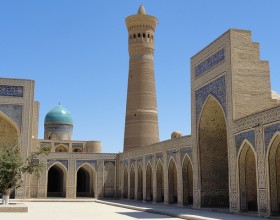 The Old Town of Tashkent is a marvelous part of the city, which preserved the outlook of past centuries. Here you can see small houses made of clay with beautiful and clean yard...

The Palace of the Romanovs

The Palace of the Romanovs was built in 1891 in Tashkent. The residence stands out from other historical monuments of the capital of Uzbekistan: carved arrays, decorative towers... 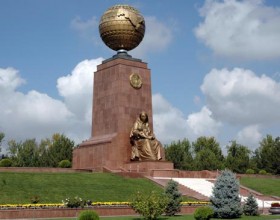 Memorial to the Victims of Repression or the museums to the memory of victims of repression was opened in the Spring 2000. The complex consists of scenic park, the museum itself...

Kukeldash Madrassah was built in the XVI-th century on the hills of Chor-su. This building is one of the biggest monuments in Tashkent. In the XVIII-th century madrassah was use...

Chor-su oriental bazaar or official name calls it “Eski Djuva” has a two-thousand-years history. The name “Chor-su” is translated as “Four streams” and “Eski Djuva” as “Old Towe...